Construction update...  The workers assembling our sun room finished yesterday.  Woo hoo!  Now we have to get the floor tiled, the porch built, the wiring done, and the wallboard installed and painted.  I guess we're not quite finished yet. :)  But it's definitely progress!  Some photos: 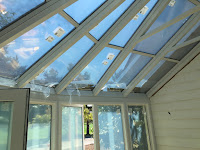 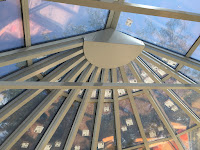 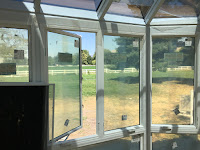 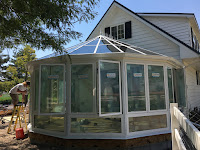 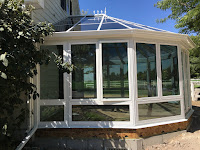 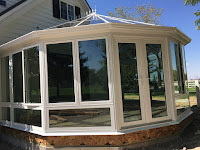 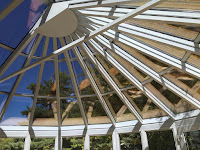 In addition to that, the framers showed up yesterday to start framing up the mud room.  Talking with the workers, I found out that they were only here because the crane on another job broke down, so they had nothing to do.  Our builder, like any successful builder, is working on multiple projects at the same time.  In addition, he and his wife are moving into a new house themselves, one that he also built.  The worst part: I'm certain that we're one of the smallest jobs he has going.  So ... we're not exactly at the top of his priority list.  Dang!  But at least something got done!  Some photos: 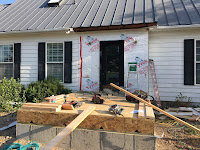 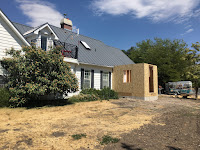 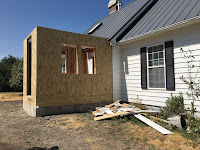 All three of the additions we're making are changing the shape of our house.  If you were to look at our original house from above, it was basically a simple rectangle.  Now, viewed the same way, one end has a rounded extension, one side has a small rectangle sticking out, and the other side has a large rectangle sticking out.  I can't quite visualize it all yet, but I'm pretty sure the result will be more interesting looking.  It will certainly be less regular!
Posted by Unknown at (permalink) 5:48 AM