Paradise ponders...  Yesterday morning Debbie and I made an early morning trip out to Hardware Ranch, looking for wildlife.  In order to leave early, I went out before sunrise, when it was just light enough to see (and I have great night vision), to move hand lines (irrigation pipes).  These three strings of hand lines belong to my friend and neighbor Tim D., who asked me to move them for him while he was on a trip to Montana with his son.  The three strings have a total of 18 pipes in them, mostly 40' long with a few shorter ones.  In all three strings, the job was the same: one at a time unhook and pick up the pipes, move them 30' to the next location, put them down and hook them up.  There are always a bunch of small challenges – pipes that are jammed such that they're hard to unhook, pipes that are bent and hard to hook up, getting the pipes in exactly the right place, and so on.  There's nothing really hard about the job, either physically or mentally, but still it requires one's full attention – you can't do that work well while daydreaming about something else.  You can, however, take a few moments here and there to look around you at the beautiful early morning scenery, which I did.  I particularly love the play of the early morning light on the mountaintops to our west, which occurs long before the sun rises from behind the mountains to light the valley floor.

After I finished moving the hand lines, around 7 am, Debbie and I took off.  It was a lovely morning, clear and crisp, and we were nearly the only ones on the road.  That meant we could easily dawdle wherever we felt like dawdling, to gawk at whatever was gawkable.  We made generous use of this opportunity :)

We saw several deer, but mainly we saw birds.  Lots of birds!  The ones I recall include a male Bullock's Oriole feeding a juvenile, lots of Cedar Waxwings (especially up at Hardware Ranch itself), four juvenile Robins taking a bath in the stream, a single Lazuli Bunting (photo at right, not mine), a juvenile swallow sitting on a fence post just a few feet from us, a Sandhill Crane pair with a juvenile, and a warbler that was a bright yellow-green.  That's quite a lot of sightings for one little trip where we never even left the car!

Yesterday was Pioneer Day, a Utah state holiday, though today is when it's generally observed.  The Boy Scouts came early this morning to plant a flag by our driveway, and all the local roads are now festooned with flags just like it in nearly every driveway.  The Boy Scouts charge a nominal fee for this service, but if you multiply that by how many households participate, you'll see that they're raising a substantial fund.  This patriotic spirit is so different than what we saw in San Diego, and I'm sure it's the same in every big city in the land.  You'd feel odd there if you were to put up a flag on the patriotic holidays.  It's basically the complete opposite here, where you'd feel odd if you didn't. 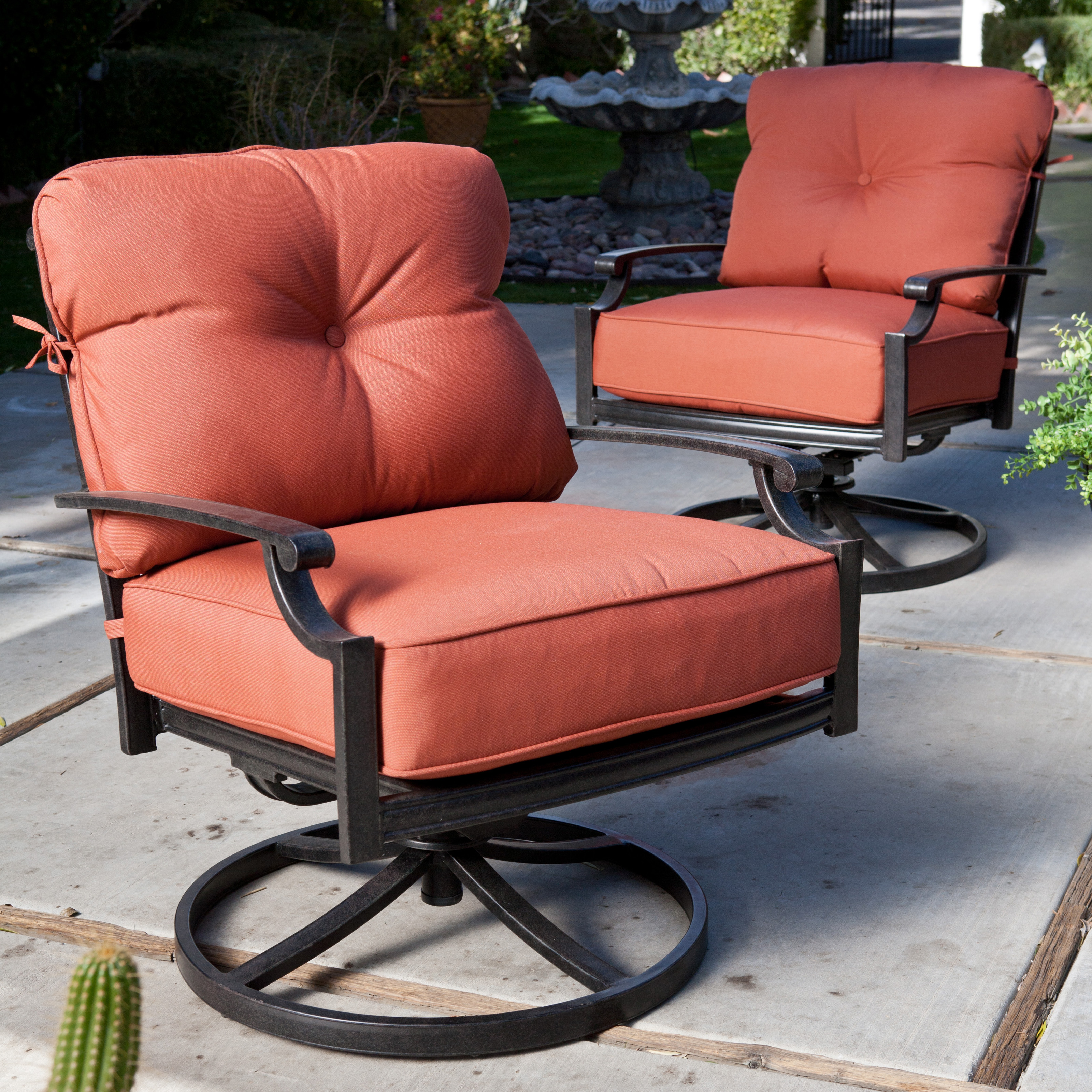 Today the Federal Express man delivered a big box with a pair of chairs destined for our sun room.  Debbie's been busy collecting furnishings while we wait for the room to be built :)   They're made of cast aluminum, so they're strong and lightweight (and also weatherproof, though that doesn't really matter in the sun room).  Naturally they were a kit :)  I spent an hour or so barking my knuckles while wielding a pair of open end wrenches to bolt it all together.  The chairs look nicely made, and strong.  The swivel and rocker mechanisms work great.  The seats are nice and wide, and the cushions are comfortable.  About my only complaint is that the chairs are an inch or so lower to the ground than I'd prefer (and I have short, stubby little legs!).  Right now the chairs are on our second floor, awaiting completion of their new home...
Posted by Unknown at (permalink) 1:28 PM