We're paperless!  This has been a dream – well, fantasy, really – of mine since the earliest days of hobbyist microcomputers in the early '70s.  It took forty years, but I finally am able to say that I have an entirely practicable way for us to have a paperless office here at home.

What exactly do I mean by “paperless”?  Mainly I mean that we can simply throw away (or shred) nearly every bit of paper that comes into our life: receipts, invoices and bills, and even official records.  The only exception, really, is paperwork that has original signatures or seals – quite uncommon, these days.  Everything else gets scanned, converted to text (through Optical Character Recognition, or OCR), and indexed.  Whenever I need to see a document, I simply search for it – just like googling the web.  If I need a physical copy, I simply print it.  An electronic copy (in PDF form) I can just export.

Several technologies had to reach a sufficient threshold to make this feasible:
So we took the plunge, and got the components for a paperless office.  Yesterday I brought it all up – and the results are better than I expected.  This is simple enough that a non-geek could easily do it.

We bought a Fujitsu ScanSnap iX500 scanner (about $500), and DEVONthink's document management software ($169).  The software is running on my MacBook Pro, which has plenty of storage for this purpose.  The only other important component is a shredder, for getting rid of paper documents with confidential information on them.

The first photo below shows the scanner, all folded up when not in use.  In the second photo, you see the scanner unfolded (which automatically turns it on) and ready to scan a document.  To scan, you just push the brightly lit blue button.  The document scans (both sides!) in about one second.  It can feed dozens of pages at once, and any size paper up to about 9" wide.  The scan is in full color, with a variable resolution automatically selected by the scanner.  Once the document is scanned, one click sends it to the document management software after being converted to text (by OCR).  There, one click stores it in whatever folder you want it in.

That's it.  You're done.  Shred the document!

When you actually need a document, you can simply search for it.  The last image below shows the result of my searching for "romaine".  I typed that word into the search box in the upper right corner of the document manager, just like I might search the web.  The results show up as a list of documents, ranked by how close the match was.  In this case I had only a single matching document, so figuring out which one I wanted was easy :)  In other cases, I'll get a list of documents, and the file name contains the date.  I can click on any document in the list, and the match is instantly displayed on the screen, scrolled to the matching text.

I don't know how it could be any easier.  The entire process is way easier than filing, which is what it needs to be for it to be attractive to me.

The document manager has far more capabilities than I've explored, and someday – maybe – I might go take a look at them.  The one thing I can think of that I'd like is a way to eliminate a couple of those clicks I make now after scanning.  Ideally, I'd push that blue button on the scanner and everything else would be automatic.  But if it can't do that, it's not a big deal – those few clicks are far less work than physically moving the piece of paper to the “right” file folder...

I'm starting to feel like the future has finally arrived.  Now, where's my flying car? 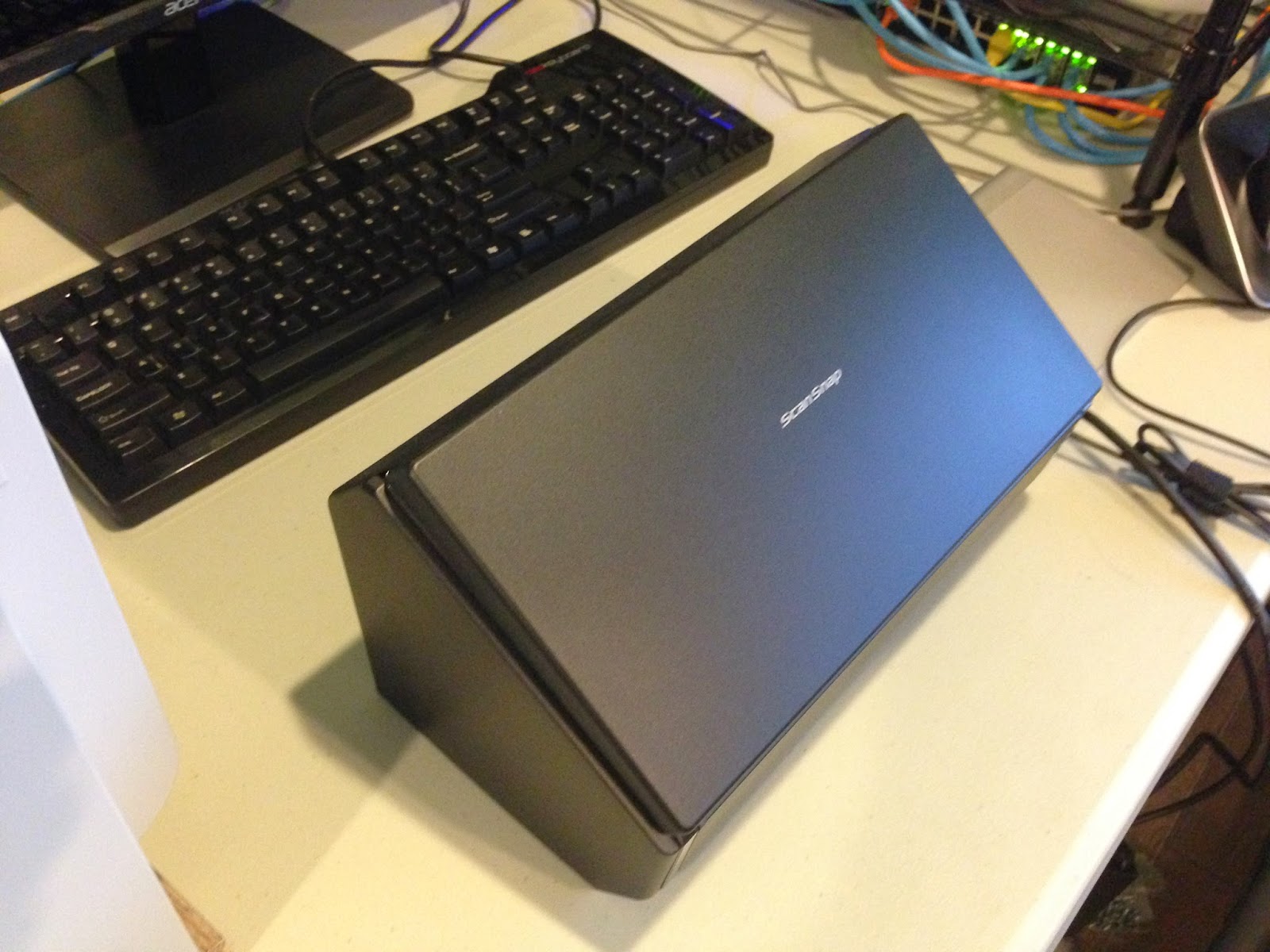 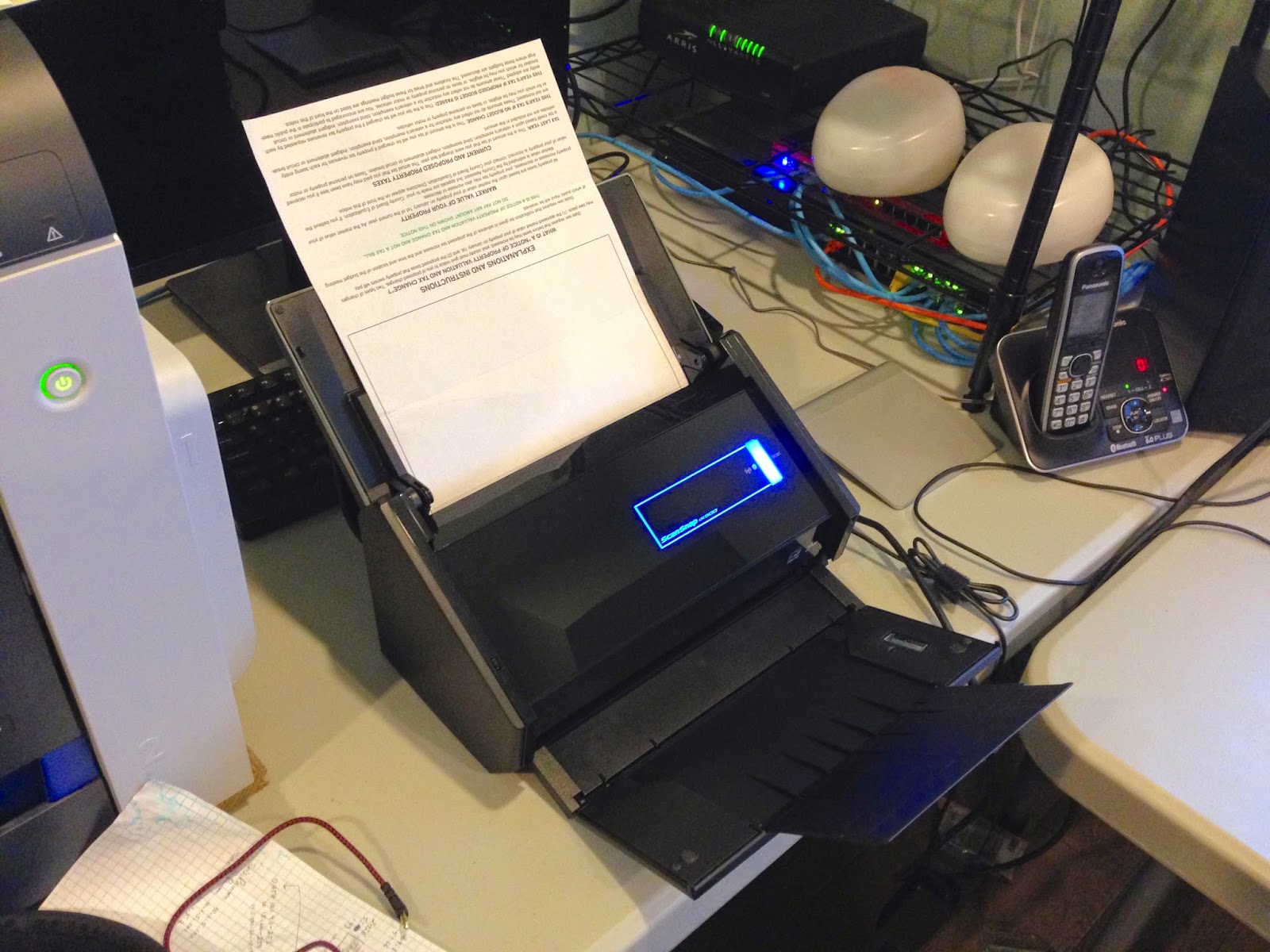 Posted by Unknown at (permalink) 4:20 AM