Irrigation supervisor is installed ... and working!  I got done with the installation late yesterday afternoon, and had time to do one quick test just before we took off to the Paradise Trout & Berry Days dinner.  I had to fix a couple of trivial software issues first (such as waiting 20 seconds for the pump to spin up, instead of 10), but then it just came up and ran.  I also noticed a couple of additional software issues, mainly involving startup and logging, and this morning I fixed those.  It's now calibrated (the pressure sensors) and completely functional in all my tests so far.  Hooray!

The photos below show the three parts I've been working on for the past couple of days.  At left is the Raspberry Pi computer board.  From left to right, the major parts are the temperature-humidity-barometer, the pump motor control relay, the pressure sensor interface, the Raspberry Pi computer itself, and a level converter I built to interface a 24 VAC output from the irrigation clock to the Raspberry Pi.  That entire assembly will soon have a wooden dust cover.  The middle photo shows the pressure gauge assembly, and immediately below it the newly installed electronic pressure sensors.  Finally, at right is the pump speed controller (with its cover off) showing the newly installed wires (the grey ones coming in from the bottom) for the control relay. 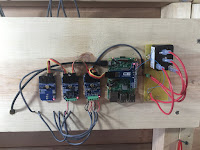 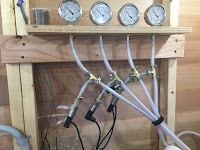 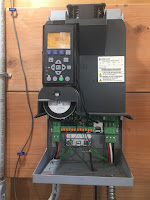 Have I mentioned that it's all working?  :)  Below is a screenshot of the web site the Raspberry Pi puts up, accessible only from our LAN (not over the Internet). 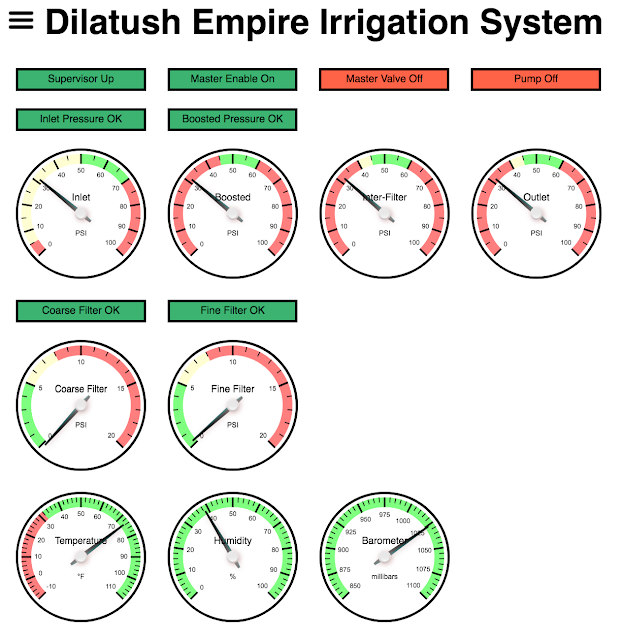 Posted by Unknown at (permalink) 9:22 AM