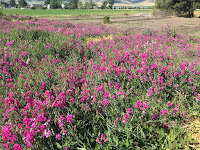 Paradise ponders: sweet peas, cruel puppies, and weed whacking edition...  The scene at right is from this morning, in front of our garage, looking to the southwest.  Those flowers are sweet peas, which grow here like kudzu grows in Florida.  These will bloom for a few weeks in the summer, then die back to nothing at all by late fall.  In spring, they'll sprout and then grow at an astounding rate.  Every time a plant gets established by seed somewhere, they spread like crazy.  Pulling them up isn't enough to kill or contain them, as (apparently) the rootlets remaining in the ground just sprout immediately.  I fight a war with them every year, using modern weaponry (rototiller, spray), but they're slowly gaining ground on me.  Pretty, though... :) 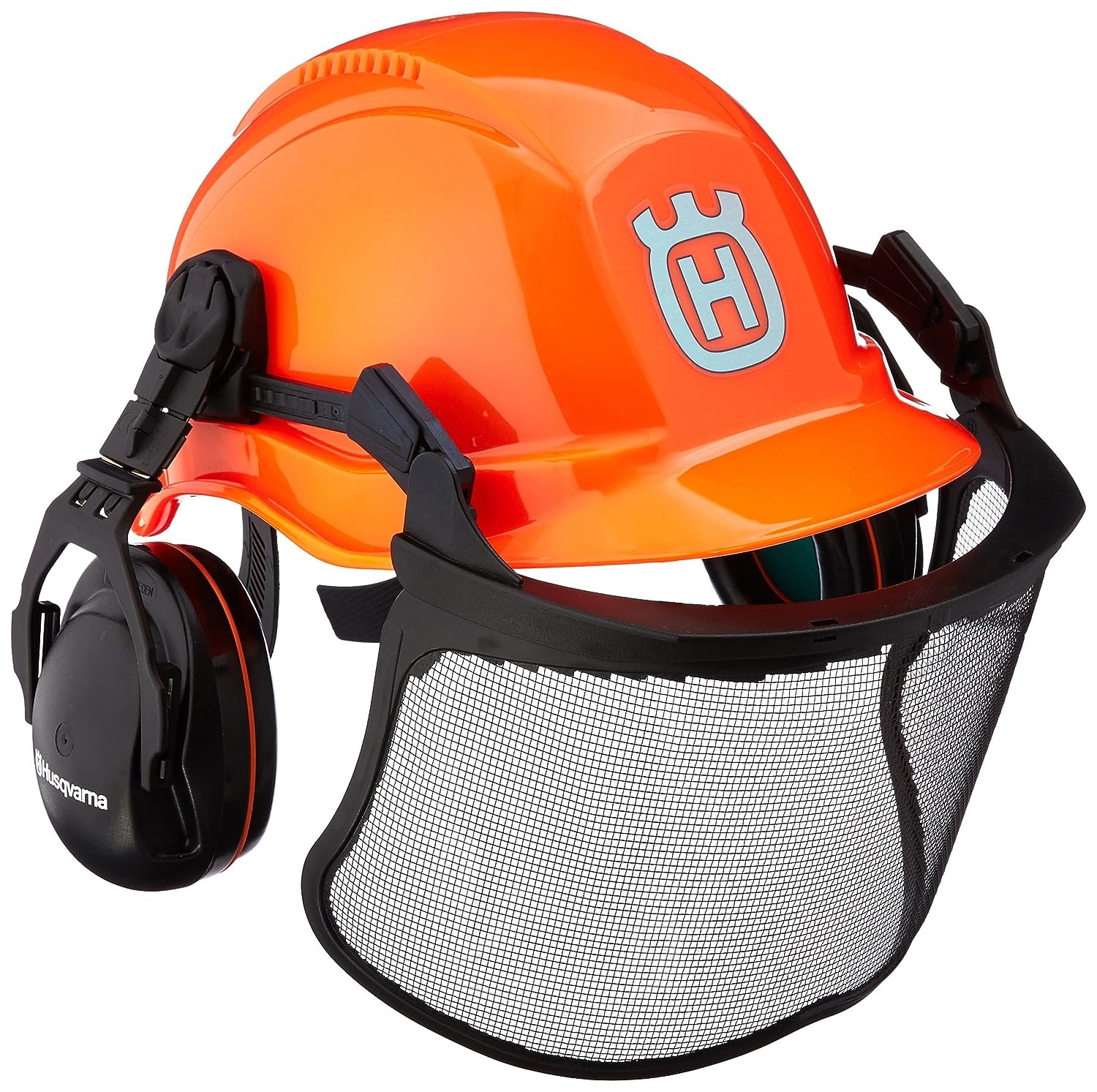 I spent most of the day both yesterday and today doing battle with weeds, whacking away with my (wonderful!) Stihl gas powered, steel-bladed weed whacker.  I have several areas on the place where I can't get a mower, mainly because the ground is too steep.  The weed whacker is my weapon of choice there, though I probably could use herbicides more than I actually do.  It's brutally hard work in the heat, so I've been working for two or three hours each morning, before the temperatures get into the 90s.  I had been waiting for cooler weather, but the next ten days are forecast to be hotter, and if I waited much longer I'd be lumbering instead of weed whacking.  So off I went, starting yesterday.  Now I'm all full of aches and pains (muscular), and my face and arms are feeling pretty sunburned.  The heat is exacerbated because I wear a protective helmet (the one at left) that's designed for chain saw work, but is very nice for weed whacking.  I get a bit of flack from some of the locals, many of whom will weed whack (with a string trimmer) in flip-flops and shorts.  They can make fun of me all they want – every time a rock bangs into that face shield I'm thankful, and those ear protectors do a marvelous job of reducing the annoying drone of the engine...

Twice in the past two days I've rescued fledgling birds from our puppies.  The first one was a robin, and I suspect Cabo and Mako had been playing with it for hours.  It was exhausted and was missing a few feathers.  I put it in a safe place, but I don't think it had much of a chance for survival.  The second was a swallow, and I think I rescued that one very soon after they found it.  That poor thing was terrified and sopping wet (from dog saliva), but otherwise appeared unharmed.  I put it under a tree yesterday afternoon, and this morning it was dry and moving about, and had enough sense to flee from me as I approached.  It's got a chance.  From the puppies' perspective, those fledglings are wonderful toys.  I'm a little amazed that they didn't just immediately crunch the poor little things.  Somehow they must be aware that doing so would stop the attempts to escape, which was what they were having so much fun with.  They were quite indignant when I took their toys away!
Posted by Unknown at (permalink) 1:58 PM