Paradise ponders...  Debbie is doing a bit better this morning, especially with respect to her level of pain.  As I write this, she hasn't needed any pain medication for nearly 12 hours – significantly different (and better!) than her pain levels yesterday.  I'll call that quite hopeful! 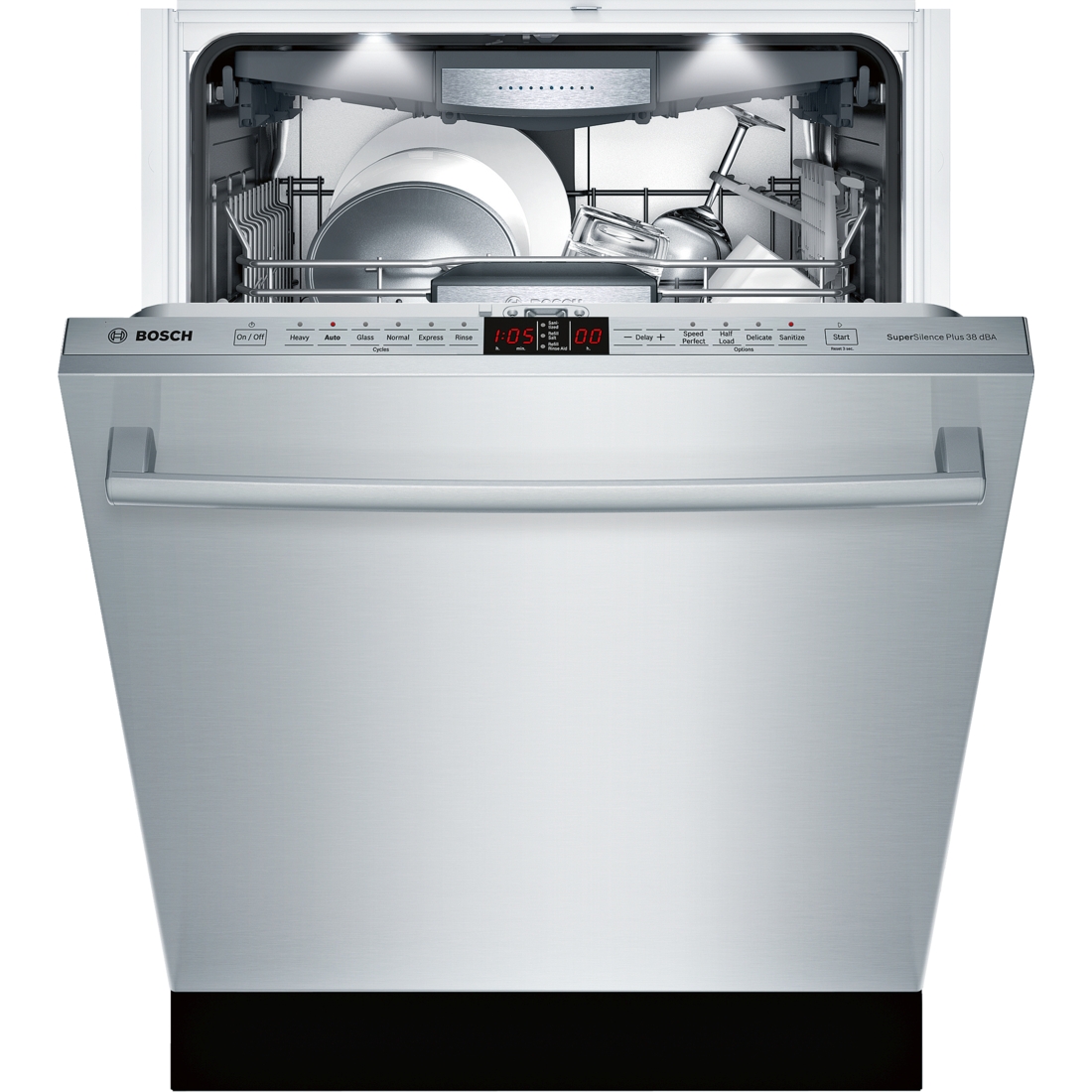 Yesterday finally was the day of the dishwasher!  In the morning I tore out our old, burned out dishwasher and tossed it in our dumpster (with the tractor, not my Herculean arms!).  I left the old drain, hot water, and power connections in place, thinking they'd be useful for the new dishwasher.  Then I ran down to Ogden and picked up our new one without incident.  After I unpacked it I discovered all sorts of parts that I didn't understand – but clearly this thing didn't install anything like other dishwashers installed.  So I did something I normally don't bother with: I sat down and read the installation instructions front to back.  It really was a different kind of installation!  So ... first step was to remove the old drain, hot water, and power connections.  Then I had to cut a hole (5.5" x 2.75") in the cabinet panel between the dishwasher hole and the area under the kitchen sink.  The drain line and hot water line are pre-installed into the Bosch dishwasher, so I had to feed them from the dishwasher hole through the new hole I cut into the under-sink area.  This is backwards from the usual dishwasher install.  The really different part was the electrical power, though.  The back of the dishwasher has a connector that you just plug into a power cord they provide.  This is quite short – about 30" – just long enough to reach through the hole I cut in the cabinet.  On the other end of that power cord is a 4" surface-mounted junction box, which I mounted inside the under-sink area.  It's shipped with a 10" stub of a power cord, but I wanted to permanently wire it into the same circuit our old dishwasher used, so I removed that power cord and wired it up to the dishwasher circuit's Romex.  The junction box has a nice terminal block inside, so I didn't even need wire nuts to accomplish this.  I spent an hour or so carefully leveling the new dishwasher, and getting it to the right height to properly fit in our cabinet.  The old dishwasher had a problem with drawers running out by themselves; it was tilted forward.  The new one is perfectly level. :)

Then it was time for a test run.  I put a few dirty dishes in, loaded it up with soap and rinse agent, and set it off.  At first I thought it wasn't working, but then when I put my hand on it I could feel a little vibration.  I couldn't hear a thing, though, unless I got on my knees and put my ear literally on the door.  Nice!  Our refrigerator is significantly louder than the dishwasher.  The dishes came out beautifully, so I loaded it up and did a real load, and those also came out beautifully.  We have a dishwasher!  Yay!

This has some very nice features compared with other dishwashers we've owned.  My favorite, so far, is the “cutlery tray” – a very shallow tray at the top that is very easy to load silverware in and out of, and which does a bang-up job of cleaning them.  It's way easier than the silverware baskets we're used to (though they include one of those, too, for some reason!).  The middle drawer can be easily set to different heights, so it's easy to accommodate really tall items in the bottom drawer, or moderately tall items in both the middle and bottom drawers.  There's also something they added (I suspect) because the unit is so quiet: a red LED lights a small spot on the floor when the unit is running.  If that wasn't there, you might easily open the door accidentally while it's still going, because you can't hear it!
Posted by Unknown at (permalink) 6:25 AM