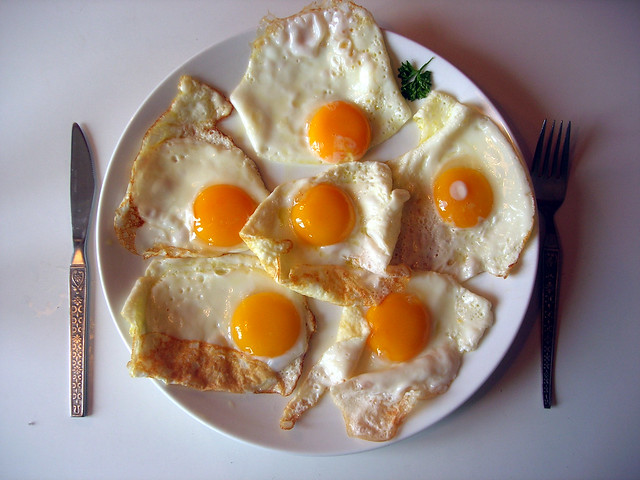 Quote of the day...  This time it's from the U.S. government, in a document just released called Scientific Report of the 2015 Dietary Guidelines Advisory Committee.  On the off chance that you're not familiar with this committee, they're the ones who issue the federal government's official dietary guidelines – the ones quoted so often in the press, and likely, by your doctor.

For decades these guidelines have contained strict limitations on the consumption of cholesterol.  Generations of Americans have been told that the science was settled: they should stop eating those nasty egg yolks.  So you might be surprised to see this in the latest (2015) guidelines:


Previously, the Dietary Guidelines for Americans recommended that cholesterol intake be limited to no more than 300 mg/day. The 2015 DGAC will not bring forward this recommendation because available evidence shows no appreciable relationship between consumption of dietary cholesterol and serum cholesterol, consistent with the conclusions of the AHA/ACC report. Cholesterol is not a nutrient of concern for overconsumption.