Paradise ponders...  Well, last night we had a lovely dinner with our friends Jim and Suzy F., at the Maddox Ranch House.  Debbie and I had cheddar vegetable soup, followed by ribeye steaks, and cherry pie with ice cream for dessert.  We all had the raspberry lemonade.  Our steaks were perfectly cooked (rare!) and delicious.  Jim and Suzy had filet mignon, and they reported the same.  The cheddar vegetable soup managed to be nicely cheesy without being overly salty, the usual downfall (for me, at least) of cheese soups.  I quite enjoyed this one.  The raspberry lemonade was a big hit with Jim, who (we just discovered) absolutely loves anything raspberry.  The cherry pie was good, but not in the same league as the peach pie we had last time we were here (they were out of it last night).  Great company, great food – what more could one ask for?

This morning we said goodbye to Jim and Suzy; they headed for the airport just after 8 am.  Just before they left, we were all treated to a beautiful Paradise sunrise: 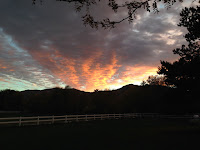 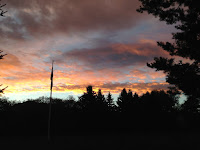 Later I took Race and Miki for our usual walk.  The wind was blowing at around 10 MPH, temperature was 62°, and we had puffy clouds overhead.  Very nice walking weather!  We saw Bucky by our canal bridge both on the way out and on the way back.  Some photos: 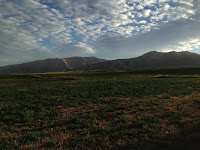 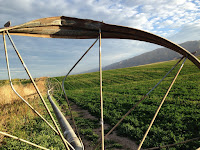 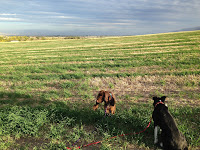 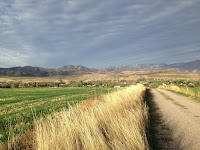 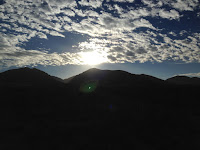 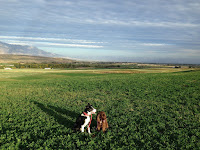 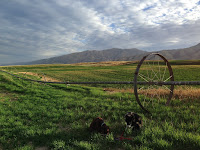 Posted by Unknown at (permalink) 8:42 AM