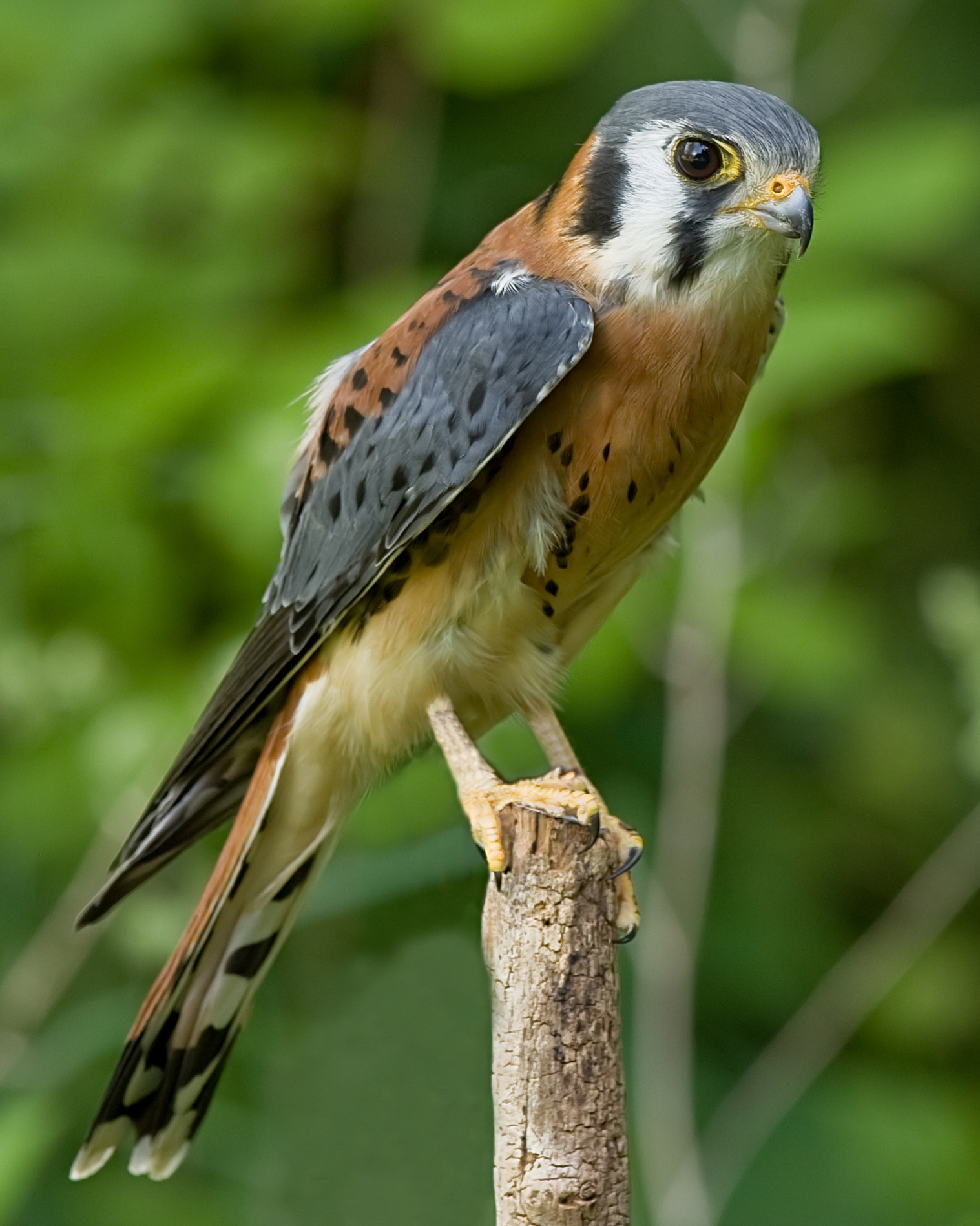 Afternoon in Paradise...  As we'd planned, we drove the four-wheel drive road from Avon to Mantua yesterday afternoon.  It was a beautiful afternoon, and we saw some nice fall color – but very little wildlife.  It wasn't until we got most of the way to Mantua that we saw even any birds!  But ... what we saw there more than made up for the dearth until then.  First we saw a dozen or so kestrels (not my photo at right), which we had previously misidentified as peregrine falcons.  They are beautiful birds, and we had some extended viewing of them as close as 75' or so to us.

Then we saw a dozen or so of a bird that was completely new to us: pinyon jays (photo at left is not mine).  Sibley describes their color (the males) as “dusty blue”, with the females a similar gray.  The photographer in me would call the females a desaturated version of the males :)  It was a treat to see them!
Posted by Unknown at (permalink) 9:53 AM