Progress in Paradise...  Miki, Race, and I took a shorter-than-usual walk this morning, because we had to leave early to take Debbie to her physical therapy.  The walk was beautiful, though.  The air here is clean again, about normal for fall – there's no sign of the awful smoke we had last week, from fires several hundred miles away.  Some photos from along the way this morning, just after sunrise over the Wasatch Mountains so the shadows are long: 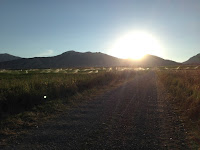 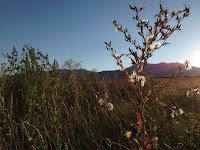 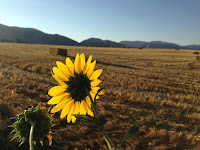 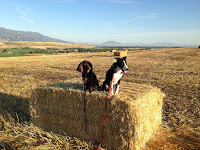 Debbie's physical therapy went well. Wess G., her therapist, seems happy with her progress. He recommended that she try a couple sessions of “water therapy” next week, so we signed up for that.  As he describes it, the water therapy is basically a giant, deep bathtub with a treadmill inside.  The treadmill can be raised and lowered to any depth within the little pool.  This allows the physical therapist to raise or lower the amount of weight your feet and legs are feeling.  When the treadmill is low (deep in the water), the water is buoying you up so that very little of your weight is felt.  When the treadmill is high (shallow in the water), more of your weight is felt.  Should be interesting.

Early this afternoon we drove up to Zollinger's Tree Farm.  Several people here have recommended it to us, and we need several things pretty soon.  Top of my list: some weeping willows to plug “holes” in the trees along the irrigation canal that runs through our property.  As soon as I drove in, I could see that this was my kind of nursery.  There are no Home Depot-style displays of merchandise.  Instead, there are simple display beds for the retail inventory.  I got out of my truck and started walking around, and just a few minutes later a fellow came up and introduced himself as Ron (and I found out later that's Ron Zollinger, third generation owner of the nursery).

We spent a very pleasant hour or so wandering around looking at the inventory that might meet our needs.  First success: he had three good-sized (about 12' tall, 8' diameter) weeping willows, all balled up and ready to go.  They're tagged for us, and will be delivered and planted in mid-September.  Second success: I need ground cover to go around our shed, 200 lineal feet of 8 foot wide ground.  He recommended a prostrate sumac that has very dark green shiny leaves, an attractive informal form, and the ability to shade out any weed known to mankind.  It's also easy to prune, grows very quickly to its mature size of 8' to 10' diameter, stays under 2' tall, and is hardy as hell.  He didn't have enough for me in stock, so he's going to scrounge around for some more.  Third success: I asked him for advice on a tree I love – quaking aspen.  He recommended against putting any of them in (and he's stopped carrying them), because the valley's population is being decimated by the combination of a borer and a fungus that the quaking aspen are susceptible to.  When I asked him if there was any tree that was similar in appearance but without these problems, he recommended paper birch.  Then he told me he had five big ones in inventory that were a little beat up from being on display a bit too long, and offered to let me have them at a great price (and it was irresistible!) but still with their normal guarantee (they'll replace any tree that isn't thriving).  He thinks it will take a year or two for them to recover once they're established in a new location.  Fourth success: I started describing some of the landscaping challenges we have around the house, and he stopped me with this offer – given that I was buying a crapload of trees from him, he'd come out and scope out our place, and dispense some advice and perhaps landscape design, and waive his usual fee.  Win!  He'll be out to our place next week, and then we'll know a lot more.  That was an afternoon very well spent! 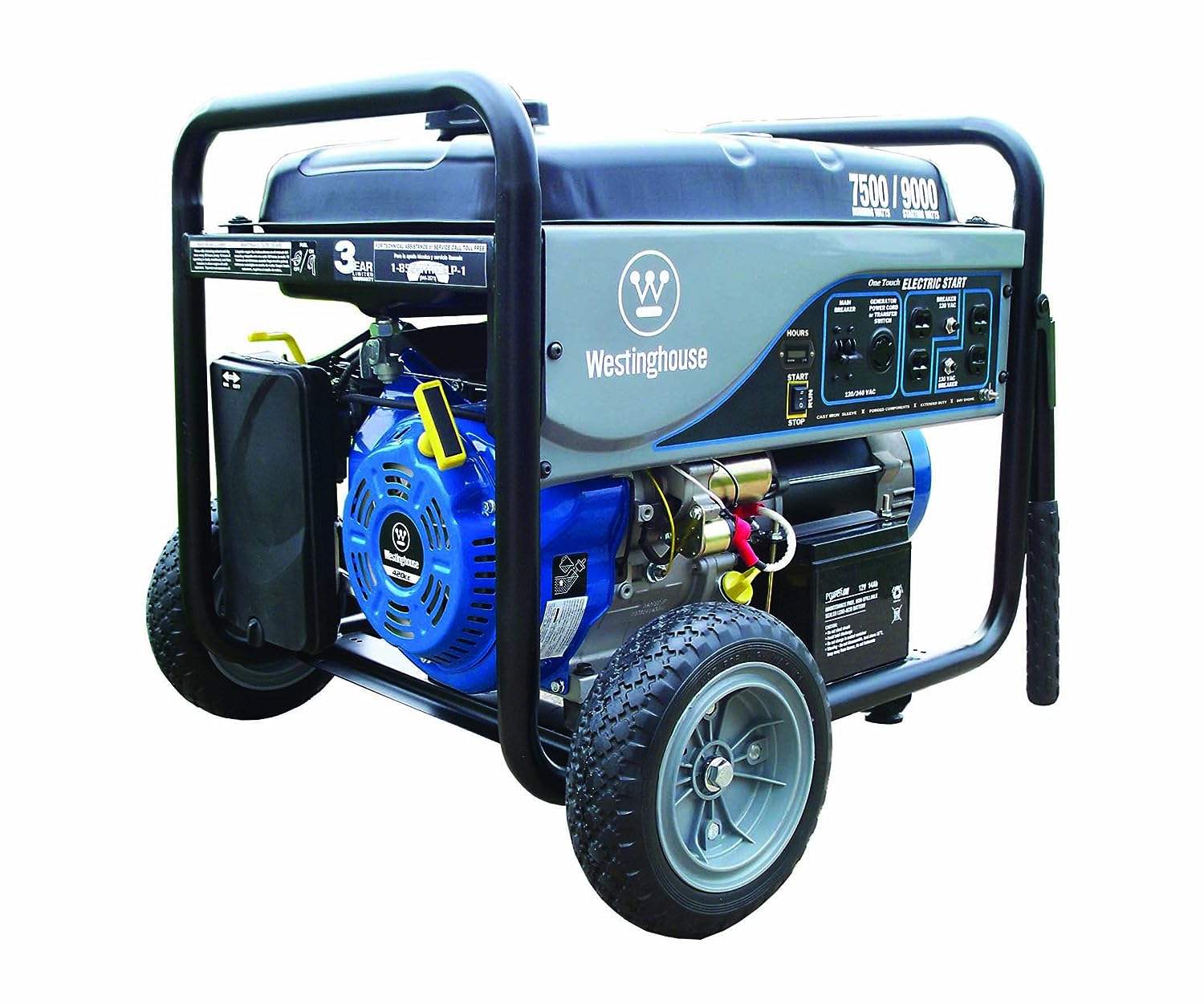 Early this morning, while we were at Debbie's physical therapy, the portable generator I'd ordered a month ago finally arrived.  The freight company just set it down next to our driveway, without requiring a signature at all.  The box was a little dinged up, so I was worried about what I'd find when I opened it up.  I needn't have worried; it was packed well and was in perfect shape.  Naturally it was a kit, so late this afternoon I put it all together and fired it up.  The engine started in seconds, with an electric starter.  The 120 V outlet showed on my meter as 121 V, with the nominal 60 Hz frequency at 59.9 Hz, both measurements with no load.  I plugged in an air compressor that draws 6 amps, and both measurements remained the same.  The electronic controls appear to be pretty darned good :)  So now we've got a little bit of backup power for the first time.

We also have a project underway to put in propane-fueled backup generators, a 32KW model for the house and a 22KW model for the shed.  The propane tanks we're installing will give us 4 days of run time on the house, and 2 on the barn, at full rating.  We will normally be running at far below that, so in reality we'll have more like a week of run time.  The propane tanks will be installed next week some time, and the generators should be installed before the middle of September.  We'll be ready for the outages that winter typically brings.

Last night we had dinner at a neighbor's home: Gary and Elaine S., who live across Highway 165 from us.  We feasted on fish they caught last week in Alaska, and fresh vegetables from another neighbor's garden.  The company was great, especially the funny stories we heard about Gary's misadventures as a young man.

This afternoon, we feasted on more sweet corn and beets from Tim D.'s garden.  Once again, I ate the beets along with all the greens – so good, they were.  Past tense, unfortunately...

Posted by Unknown at (permalink) 4:31 PM