European tree of the year... 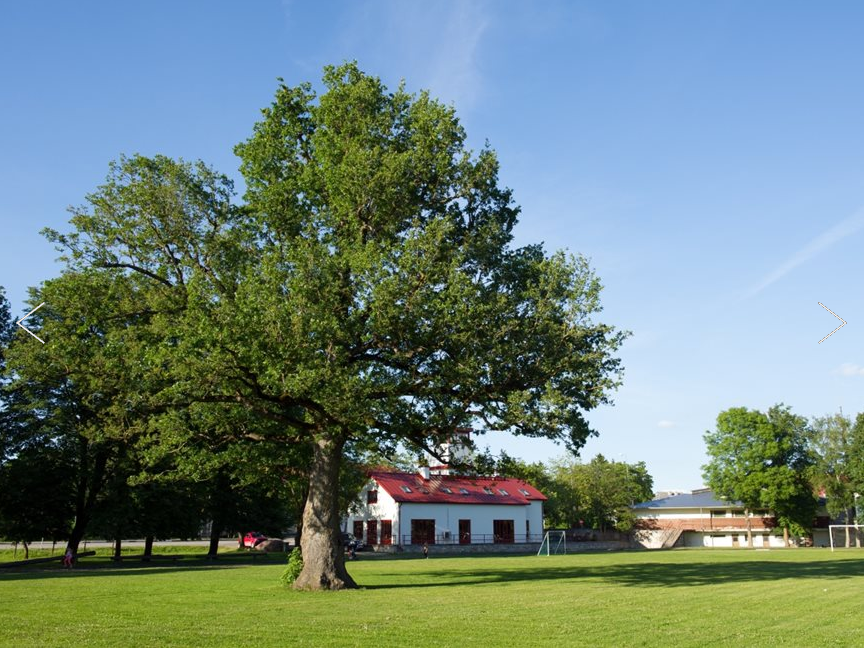 European tree of the year...  This oak tree in Orissaare, Estonia, was just voted the 2015 “Tree of the Year” in a contest amongst 14 European countries.

I've traveled extensively in Estonia in the period from just after their independence from the Soviet Union in 1991 through 2004.  The map that guided my explorations had numerous interesting botanical specimens marked on it, and after seeing the beauty of a few of them I started making it a point to visit them.  This tree in Orissaare was one of those marked on that map, and I visited it twice – once in about 1995, then again in 2002, on one of my last visits to Estonia.

This particular tree is located on the eastern side of Saaremaa, the biggest Estonian island in the Baltic Sea, on the western border of the country.  If you view the map at left on Google Maps, you'll be able to see exactly where it's located by zooming out.

The first time I visited this tree was before the economic boom in Saaremaa, and the town's infrastructure was still in pretty bad shape.  I bought my lunch in a small grocery store, and sat beneath the tree to have myself a little picnic.  A couple of people walked by, but nobody stopped to talk.  The second time I visited, Orissaare (and the rest of the island) was far more prosperous, with lots of fresh paint, repaired structures, and even a bit of pavement here and there.  On that visit, I couldn't have my picnic under the tree, as there were all sorts of people playing several different games (though not football!) right around the tree.  I sat on the edge of the field to eat my picnic lunch, which that time came from a small, new restaurant serving allegedly local cuisine.  I'm not entirely sure what it was, but it had fish, potatoes, and a lot of dill in it – and was quite tasty!