The surrender of Japan to the Allied Forces in World War II, ending the war that killed many millions of soldiers and citizens.  U.S. Admiral Nimitz is shown signing the surrender document, on September 2, 1945.  Folks in my parents' generation all know exactly what they were doing when they first heard the news of Japan's surrender. 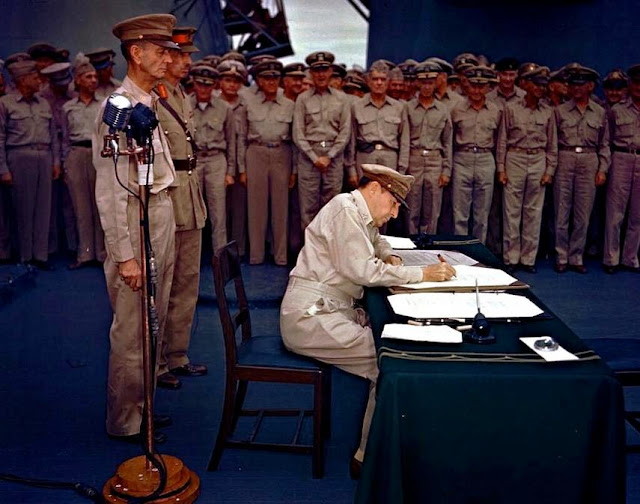 I've read hundreds of books about World War II and its participants, from both an Allied perspective and an Axis perspective, giving me a context that most people don't have.  Despite that, I still am amazed that such a thing could happen just a few years before I was born.

And I fear it could happen again...
Posted by Unknown at (permalink) 9:17 AM